Helicopter Money: Way out of Crisis or Fallacy of Traditional Economics?

On March 27th, the U.S. Senate approved the largest anti-crisis measures package to support the economy during the COVID-19 pandemic. It’s worth $2.2 trillion. The list of measures includes increasing spending on healthcare, providing direct financial help to the population, and allowing businesses to get discount loans and grants to cover salaries during the quarantine.

The direct financial help, also known as “helicopter money,” is one of the most notable measures in the package. It means that every American will get a one-time payment of $1,200 and an additional $500 for each child less than 16. To get the full amount, a citizen’s income should not be higher than $75,000 a year and for a childless family of two—$150,000. The maximum amount a family can receive is capped at $7,500. Individuals who earn over $99,000 a year and childless couples with income upwards of $198,000 a year are not eligible to receive financial help.

In this piece, we take a look at the helicopter money model, its role in the economy, and the related shortcomings that may emerge in the long-run.

The concept of helicopter money first appeared in 1969 in The Optimum Quantity of Money by a famous monetary theorist and Nobel laureate Milton Friedman. It implies transferring money to individuals or cutting taxes for households.

According to Friedman, the ultimate goal of helicopter money is to restore the economy after recessions. With more money available to people, consumption and spending rates grow, which stimulates the economy and increases inflation to desirable levels.

In 2006, the concept of helicopter money was reintroduced by the Fed’s chief Ben Bernanke. When discussing ways to fight deflation, he floated an idea of wide-scale tax cuts funded by new money created by the central bank.

In 2016, billionaire and founder of Bridgewater fund Ray Delio heralded the era of helicopter money. In his opinion, measures like lowering interest rates and quantitative easing aren’t effective so the central banks will have to fund government spending with electronic money and send money to the households directly.

Quantitative easing (QE) is a tool of monetary policy used by the central bank to stimulate the national economy during recessions when other more conventional ways appear ineffective. In quantitative easing, the regulator buys long-term financial assets to pour a certain amount of money directly into the economy. Whereas conventional monetary policy implies that the central bank buys and sells short-term government bonds to keep interest rates at the desired level.

Quantitative easing is used when the central bank’s interest rate is already critically low and can’t be leveraged to correct the national currency price and increase the money supply. This situation is known as a “liquidity trap” and typically occurs during deflation and very low inflation.

Key distinctions between QE and helicopter money are that:

Quantitative easing, just as monetary policy in general, can be applied only if the regulator controls the currency in question. Therefore banks the Eurozone countries can’t unilaterally increase the money supply through QE, that’s the privilege of the European central bank.

The leading economists agree that quantitative easing policy occasionally applied by the developed countries’ banks since the 2008 crisis did help reduce the systemic risks and increase market trust.

“The effects of the coronavirus will weigh on economic activity in the near term and pose risks to the economic outlook. In light of these developments, the Committee decided to lower the target range for the federal funds rate to 0 to 1/4 percent,” the Fed said in a press release.

The regulator is going to keep the rate near zero until it is certain that the economy made it through the recent events and is moving towards the goals of maximum employment and price stability. 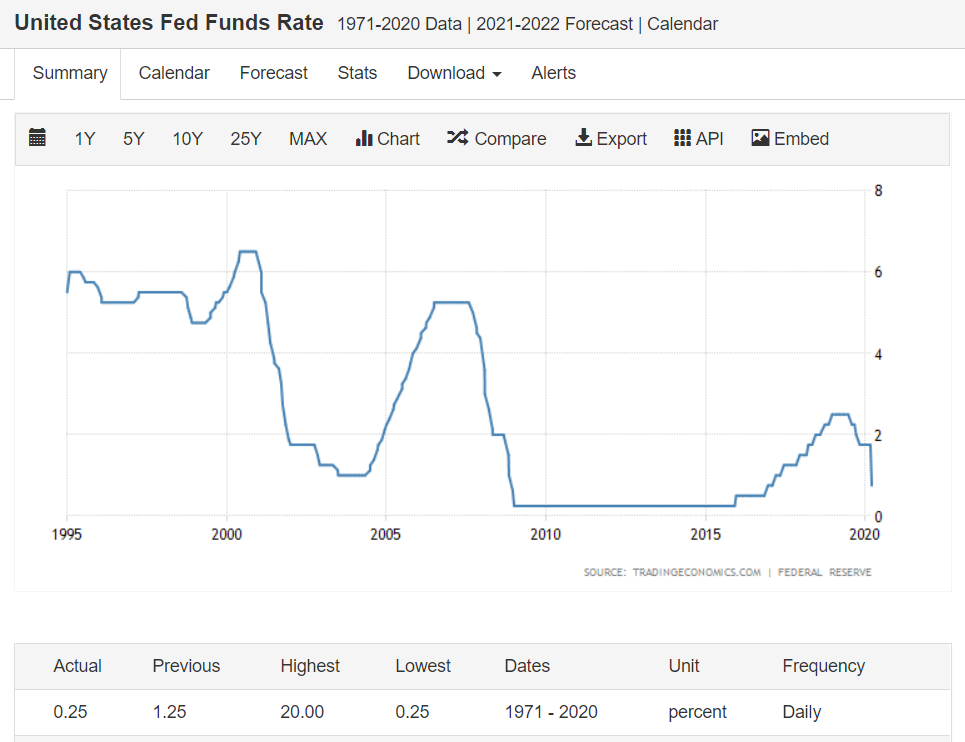 The concept of an unconditional basic income guaranteed by the government was mentioned back in the 16th century in Thomas More’s Utopia. In his book, More used a fictional island nation to show his vision of the possible social structure.

In modern history, there were several experiments with basic income, the most famous of which took place in Finland. Concerns about unemployment tied to automation and the introduction of AI are working in favor of the concept. Although, there are yet more grim forecasts.

The proponents of universal basic income also argue that it opens new opportunities to people by freeing them from the “slave market” and making them citizens again.

Still, there isn’t much going on except for the experiments. Moreover, in 2016, Switzerland citizens voted against the introduction of such a model while the government was ready to pay 2,500 Swiss francs to adults and 625 francs to children monthly (dollar values were roughly the same at that time). The initiators of the referendum said that it’s not only about the level of wealth, but also about giving citizens new opportunities for development. Only 23% of the population supported the initiative.

The universal basic income concept is indeed very similar to helicopter money, although the helicopter money model is intended to work only during crises. Its tasks are also different. Instead of focusing on citizens’ wealth, it’s about saving national economies.

COVID-19 brought the universal basic income back on the agenda. Ideas were already floated in the UK where the respective petition was signed by 175 parliament members, as well as in other countries.

Back in December 2019, several months before the COVID-19 pandemic was declared and lockdowns across the planet were set, a Swiss bank Julius Baer wrote that over the next 10 years central banks may resort to implementing helicopter money and give money directly to households instead of banks.

According to Julius Baer’s chief investment officer Yves Bonzon, for wealthier households, such a one-time payment will mean lower taxes and will be less of stimulus, than for families with average income. Less-wealthy households use up the bigger part of their money and thus will get extra cash to spend without borrowing.

He also suggested that blockchain technology and digital currency opportunities allow central banks to transfer money directly to citizens’ accounts. In this case, the regulator will be technically able to limit the time during which the money can be spent.

Helicopter money was also included in the latest report by Julius Baer released in March 2020. The document describes the potential consequences of the pandemic for the world economy and capital markets.

In theory, the concept of helicopter money looks right and rather appealing in the current crisis when entire industries collapse and unemployment rates skyrocket. But there are problems.

One of them is a lack of implementation. It is not clear how the money will be distributed, whether the recipients will spend it or decide to hold, and whether it will lead to inflationary pressure.

The very fact of discussion around helicopter money signifies that central banks are willing to consider any options to reboot the global economy. This means that things aren’t going great.

In his book The Bitcoin Standard, Saifedean Ammous criticizes Milton Fieldman for knowingly avoiding the critical question: what caused the financial crises affecting the U.S. economy through the century. He notes that the Austrian business cycle theory presents the increasing money supply as the only reason behind global economic recessions, but Friedman took this reason and declared it the cure.

A German economist Ottmar Issing expressed a similar opinion back in 2016:

“I think the whole idea of ​​’helicopter money’ is worrying, downright devastating. Because that is nothing more than a declaration of bankruptcy in monetary policy. A central bank that gives away money will hardly be able to regain control of the banknote press.”

In this context, Bitcoin and its inherently deflationary model with periodic reward halving remain the only viable alternative to fiat money.

Is your central bank behind the times?

If your monetary system routinely needs expensive, inefficient & outdated Quantitative Easing to continue functioning, then it is time for an upgrade.

But most importantly, whatever measures world governments will take, fiat money issued by central banks or even corporations will remain centralized, ultimately taking away people’s financial sovereignty.