Since mid-June, analysts have been noticing an active movement of funds associated with the Chinese PlusToken Ponzi scheme. Abnormal jumps in the price of individual tokens with subsequent emptying of hot wallets were observed at exchanges affiliated with scammers.

ForkLog looked into the matter to find out whether this could indicate an MLM exit scam and what impact these events will have on the price of Bitcoin. Goldfoundinshit, a Russian-speaking Telegram channel, helped us gather information.

WBF attributed the rapid growth to a lack of liquidity and the subsequent injection of funds.

Yet some users noticed that at the same time, the balances of the exchange’s hot wallets sharply decreased.

Rumors of major problems at WBF exchange. That’s probably not a known exchange internationally but it’s a not insignificant shitcoin and Ponzi casino in Asia.

50 ETH were transferred from a single address. Another 25 ETH were moved the next day. 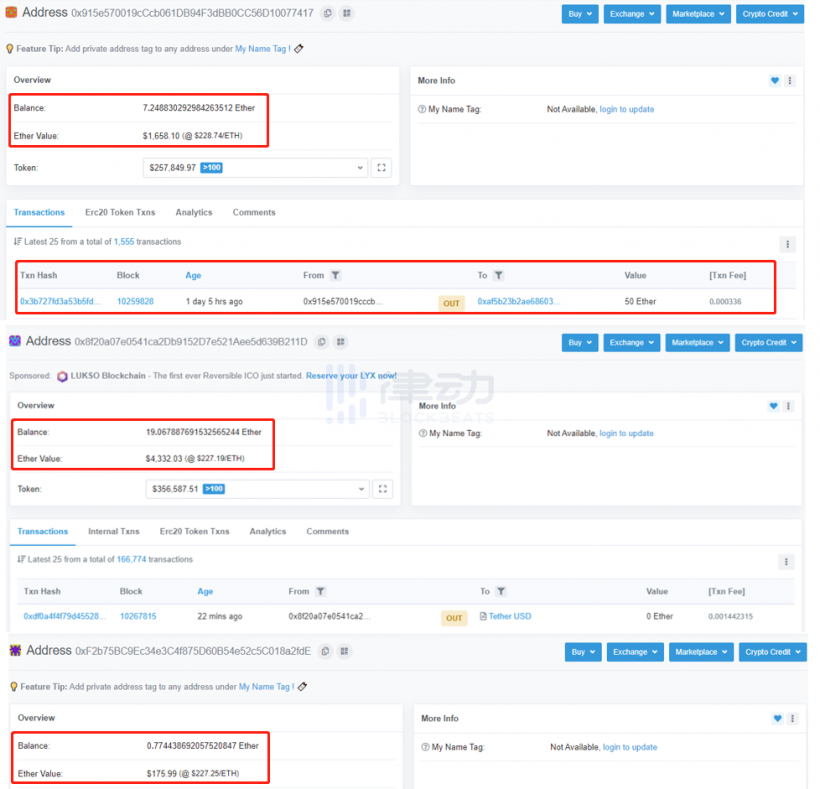 WBF is a little-known exchange, but its parent WBF Group is the company behind the promotion of the PlusToken and CloudToken Ponzi schemes.

WBFEX is a subsidiary of WBF.
WBF stands for World Blockchain Forum.
The co-founder of the WBF is Sheng Zhao.
Sheng Zhao & the WBF are best known for … promoting the Plus Token, Cloud Token, S Block, WoToken ponzis. https://t.co/Mtt4cs86J8

The creators of PlusToken are accused of misappropriating $3 billion of user funds—this is the largest cryptocurrency exit scam in China. The damage caused by CloudToken is estimated at $500 million. Alleged organizers of both schemes were arrested in 2019.

According to the WBF website, the World Blockchain Forum, managed by Sheng Zhao, was registered in New York in 2017. Another source says it was found in 2018.

You could really have a lot of fun just be following the trail of publicly available information pic.twitter.com/cUC4KKmdg7 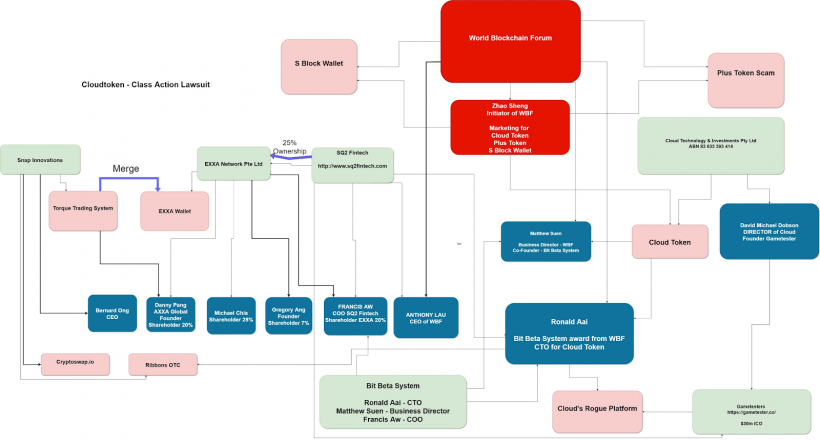 Each of these schemes offered a 5% to 20% ROI, supposedly using a trading bot based on artificial intelligence. Withdrawals were allowed only in the tokens of each project and on internal exchanges.

As it turned out, the source code for the CloudToken site was a partial copy-paste of the MooToken project. 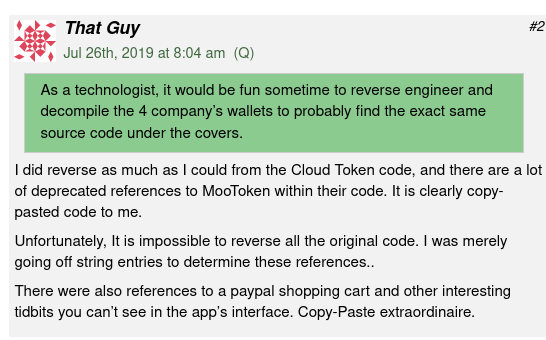 The comment pointing out that parts of CloudToken code came from elsewhere. Source: Behind MLM

Representatives of the WBF said they did not invest in CloudToken and urged the scheme participants to stop using Shen Zhao’s identity to promote the project. 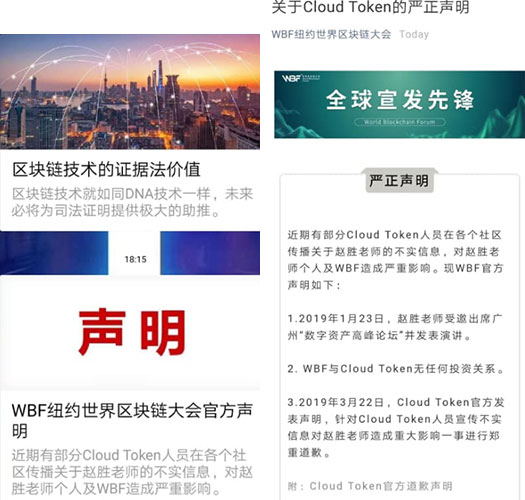 CloudToken Technical Director Ronald Aai confirmed that he had to abandon WBF’s Singapore office. Though he explained this with local building codes that limit the number of people in the building.

Aai has been on the run since last year. In August 2019, he tried to promote his project at the expense of Binance exchange.

On May 5th, 2020, Ronald Aai uploaded a 13-minute video on YouTube in which he talked about surveillance and an attempt to kidnap his family. He also promised to revive the CloudToken project and return the missing funds.

On June 23rd, Aai-led CloudRedeem project distributed a press release announcing an expansion to Australia and the UK, the introduction of a cashless payment system in several Asian countries, and the development of the Cloud 2.0 platform.

What Does It All Mean?

In May, the police of the Chinese Guangdong province arrested 12 people who, under the guise of employees of the OTC unit of the Huobi exchange, offered to invest in their platform.

The suspects have been operating since November 2019 through thematic groups on WeChat. The money received was funneled abroad.

The total damage from the activities of the group was not reported, however, it is known that one of the victims transferred 3.1 million yuan to the scammers (almost $440,000).

In the same month, organizers of the WoToken pyramid were arrested in China. According to Dovi Wang, managing partner at Primitive Ventures, one of the detainees is a former PlusToken key defendant.

According to one version, it was a series of raids by the Chinese cyber police that could provoke the withdrawal of funds from PlusToken accounts on various exchanges.

On June 19th, 284 million XRP ($49.9 million) were transferred from wallets belonging to the Ponzi scheme.

This week the following #PlusToken funds have been on the move to exchanges and new addresses for mixing:

The big question: can the crypto markets absorb this volume or are we headed lower?

According to Twitter pundits, the huge withdrawals may indicate the closure of the World Blockchain Forum.

You're potentially seeing the unraveling of the "superwallet" Chinese ponzi scheme ecosystem.

Could also just be nothing, but with everything else tied to the WBF, I'm hopeful this is the end of their reach. Most coins have probably been washed / liquidated so slight good news.

Impact on Bitcoin and Ethereum

The movement of PlusToken funds negatively affected the prices of BTC and ETH.

On June 24th, amid the withdrawal of $458 million, Bitcoin plummetted to the lower margin of its long-term trading range.

In mid-June, analyst Frank Topbottom suggested that Ethereum transactions with unusually high fees were linked to the Ponzi scheme’s attempt to launder funds: an anonymous user transferred 0.55 ETH, paying 10 668 ETH (about $2.6 million) as a fee.

Later, it turned out that there is another Ponzi scheme behind the transactions—Good Cycle, which itself then became a victim of hackers.

Back in December 2019, Chainalysis analysts said that the PlusToken scheme will continue to put pressure on the market, as its organizers still are in possession of 20,000 BTC.

Read more about how the PlusToken Ponzi scheme launders Bitcoins in our previous investigation.