Between Past and Future: Bitcoin Price Settles around $570

Abrupt plunging of bitcoin price in the wake of a ruthless attack by an equally ruthless hacker who had stolen nearly 120,000 BTC from Bitfinex has surprisingly benefited the cryptocurrency in a way.

The descension of bitcoin that lasted for more than two weeks changed into freefalling after the Bitfinex failure. It hit the bottom at $531, whereas a day before it costed nearly $595. However, over the next 24 hours the trend has changed, and the cryptocurrency started climbing upwards reaching $573 and stabilizing in the corridor between $565 and $580, according to Coinmarketcap:

Thus, one may suggest that Bitfinex incident wasn’t that bad for the industry. Additionally, such events cause the community to ask more from bitcoin companies. 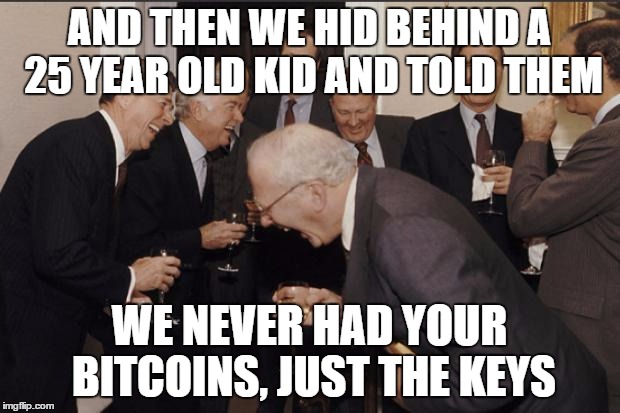 Sometimes the companies have not much to tell though, Reddit jokes

These questions concern mostly centralization risks and related issues, as hitting one big target is always easier than several small. This kind of protection is the core of decentralized systems, after all. Consolidation of power in the industry has been subject of fierce discussions in the community for a long time along with scalability. Some even went away with a fuss.

Should We Be Ready for a New Shock?

We should always be ready for sudden strikesÂ because it happens all the time. Hopefully, there won’t be too many failed exchanges and fallen asteroids in a short while.

It’s pretty hard to estimate the future, however, according to some British media, there might be an interesting cause of commotion for Bitcoin. Subreddit /r/btcfork was probably inspired by Ethereum Classic’s successÂ and aspires for something more. Just take a look at what the forum’s anonymous moderator writes:

TL;DR: the idea is to hard fork Bitcoin similarly to what happened to Ethereum, thus providing users with two sets of coins. After Ethereum Classic’s success, this way may become extremely popular for creating your own altcoins. Just wait for a serious crisis, then cause a hard fork, and get a vast user audience at once.

Whether this becomes yet another joke, or evolves into a serious threat to bitcoin, we can’t say for now. At the time of writing, there are only 838 people in the subreddit, but, after all, who’s gonna refuse to have coins for nothing?

We might assume that some community members have sufficient avarice to participate in such adventures. At least, that became clear after the post on giving away a thousand bitcoins, which are presumably stolen, garnered 4,311 bitcoin addresses of those who want to try their luck. So, the potential must be huge.